Khalilah Birdsong (b. 1977, Cleveland, Ohio and raised in Atlanta, Georgia, USA) is a visual artist who creates large-scale abstract paintings and installations.  Birdsong has exhibited with galleries in Atlanta, Georgia, Cincinnati, Ohio, New York, New York and Hamburg, Germany.  She has had solo and group exhibitions in the United States, Japan and Italy.  Birdsong’s paintings are in private and corporate collections around the world, including commissioned works. Her installation work has been commissioned by corporations in Atlanta, Georgia and Tokyo, Japan.  Birdsong’s work can be found in 44th United States President Barack Obama’s private collection, which is being considered to hang in his Presidential Library.

The scale and evidence of physicality of Khalilah’s paintings echoes Alfred Leslie, Joan Mitchell, Jean Riopelle and the late abstract paintings of Gerhard Richter. Birdsong differs from many of these early abstract painters in that while many of those artists were tied to references to nature, and a looser freer gesture, she combines physicality with a precision and a finely calibrated balance in her work.

In 2019, Khalilah was named by Contemporary Art Curator (London, England, United Kingdom) as “100 Future Contemporary Artists”.  Birdsong was invited to participate in the XIIth Florence Biennale in Florence, Italy where she exhibited four large-scale paintings and installation work in the fall of 2019.  In 2020, Birdsong was awarded a Hambidge Fellowship for the Creative Arts & Sciences.  Khalilah lived in the rainforest of Maui, Hawaii from 2017-2019, where she painted fervently in nature and discovered a new meaning of life that translates throughout her artwork.  Birdsong currently resides in the mountains of Georgia, USA.

I am interested in survival and resurgence. Distress, weathering is palpable on the canvas, but so is resurgence. I build layers up and then take them away to create a painting that is, ultimately, whole. The process of layering and stripping builds contusions, bumps and raw ridges, but also reveals patches of older, more forgotten colors. Every painting is an experience through process, which translates to the canvas to create a story that can only be experienced visually. My process is strenuous to the medium. Through it, my paintings achieve resolution. 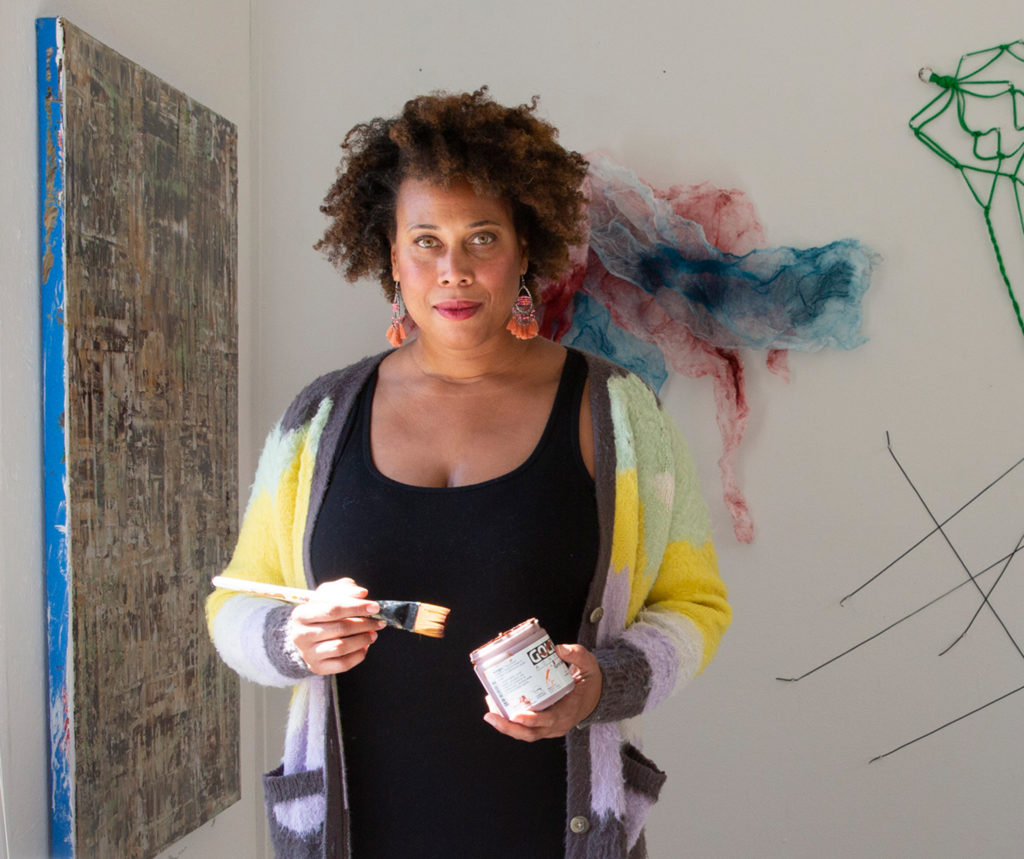